I come from a family of opinionated conservatives, where debate at the dinner table is a way of life. I live in a city and work in a sector that tends to be dominated by liberals, where debate at any friendly gathering is equally essential. And I work on living wages, the one issue where I can get everyone to come together. I imagine I am getting some eyebrow raises with that statement about now. But give me a moment to explain why supporting voluntary living wage payment and living wage certification offers an opportunity for all Americans to come together to help solve an issue that has in the past divided rather than united us — the rising wage gap and income inequality.

Let me start by defining a living wage. At Living Wage For US, we adhere to the Global Living Wage Coalition’s widely accepted definition for living wage as “the remuneration received for a standard workweek by a worker in a particular place sufficient to afford a decent standard of living for the worker and her or his family. Elements of a decent standard of living include food, water, housing, education, health care, transportation, clothing, and other essential needs including provision for unexpected events.”

Now take a look at Just Capital’s 2017 Roadmap for Corporate America. It’s a compelling presentation of results from their large survey of Americans across political parties, ideologies, and demographics that shows Americans believe that the most important part of just business behavior is putting workers first. And among the different ways of putting workers first, Americans highlight living wage as the most important. But to make it even more clear, Just Capital has put together the chart below that shows how the issue is prioritized across the political spectrum. 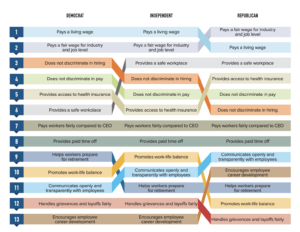 It seems with some slight variation, living wage rises near the top in every group. So, if we agree living wages are important, is there a way for us to come together to make this a reality? The answer is yes!

Living wage certification is a bipartisan solution, and this is why: Minimum wage hikes concern many republicans who worry about damaging small business or costing jobs, or feel that wages should be set by the market. Tax incentives cause the same sort of worry from many democrats who have believe trickle down economic theories fail to meet the needs of working people.

But there is another way to approach the issue. This is where we at Living Wage For US propose a solution to pull Americans together — a living wage certification program under development that informs consumers and investors about businesses that have decided to pay a living wage to all of their workers, including those working on site but often subcontracted, like janitorial or security staff. Such a certification would create transparency about what a living wage is in a given area of the country, based on the changing costs of living, and be updated annually. The amount needed for a decent living in Tuscaloosa, Alabama where I grew up, is very different than the amount needed to sustain my family in Sleepy Hollow, a suburb of New York City, where I currently live.

A living wage certification with published rates provides a clear indicator to American consumers and investors of how they can make a difference on the issue, by simply choosing to shop, eat, or support with their dollars and investments the employers that pay a living wage. Living wage pay structures are already providing well-documented benefits to companies that choose to take this path. And I can attest to the fact that no matter which loved one I consult, everyone seems to be onboard with supporting companies that voluntarily support their workers, just as Just Capital’s research shows. Ta da! A nonpartisan way to solve one of the most pressing issues of concern for Americans.

OK, so now let’s look at the case of Amazon’s widely publicized recent wage increase to a minimum of $15/hr for workers to see if both parties do, in practice, rally together to support voluntary pay increases for workers.

The liberal perspective of this decision might be best summed up in the words of Bernie Sanders. On CNBC, after the announcement of the wage increase, Sanders stated “It is no secret that I have been a harsh critic of the wage and employment practices of Amazon and its owner Jeff Bezos. It has been my view that the middle class and working families of this country should not have to subsidize Mr. Bezos, the wealthiest person on Earth, because many of his Amazon employees earned wages that were so low that they were forced to go on government programs like food stamps, Medicaid and subsidized housing.” He then went on to say that “what Mr. Bezos has done is not only enormously important for Amazon’s hundreds of thousands of employees, it could well be… a shot heard around the world.” A pretty glowing endorsement from the liberal side.

Now to the conservative perspective. Conservative think tank American Enterprise Institute (AEI) and The Heritage Institute both published endorsements of Amazon’s decision while still broadly criticizing government mandated minimum wage increases.  According to AEI “we can be confident that Amazon boss Jeff Bezos, the world’s wealthiest person, has coolly calculated that it makes ample business sense for Amazon to raise the minimum wage it pays its U.S. workers to $15 an hour. The logic seems obvious. The boost would give the trillion-dollar retailing giant an edge over rivals such as Walmart and Target in the competition for increasingly scarce workers.” The Heritage Foundation published its 3 reasons to celebrate Amazon’s $15 minimum wage alongside 3 reasons to fear a $15 minimum wage. They firmly appreciated the voluntary increase in wages for the following stated reasons:

I acknowledge that Amazon has also suffered some criticism about how it achieved targets to raise wages. Living Wage For US’s certification system and accompanying tools, with multi-stakeholder input, will provide clarity around how to reach living wage goals without inadvertently lowering incomes for some employees, thus avoiding critical backlash.

The point here is not to pass judgement on policy solutions presented by either side of the political divide, but rather to provide a path toward living wage that everyone can support. The point is to build a living wage certification that allows Americans to reward employers that do the right thing by paying their workers a living wage based on cost of living across the country. The point is to give you a way to support the businesses that get certified through investments, contracts, and consumer spending. The point is to create a community to help businesses figure out how to overcome the barriers that prevent them from paying a living wage. The point is to work together, across parties and ideologies to build a better America.

And if, like me, you are someone looking for a way to bring your loved ones together across our growing political divide, then consider this a path forward. And please, let us know if you would like to pay your own workers a living wage or support the effort we are working to launch this year. We need everyone’s help to address this monumental issue together, not as Democrats and Republicans, but as Americans. 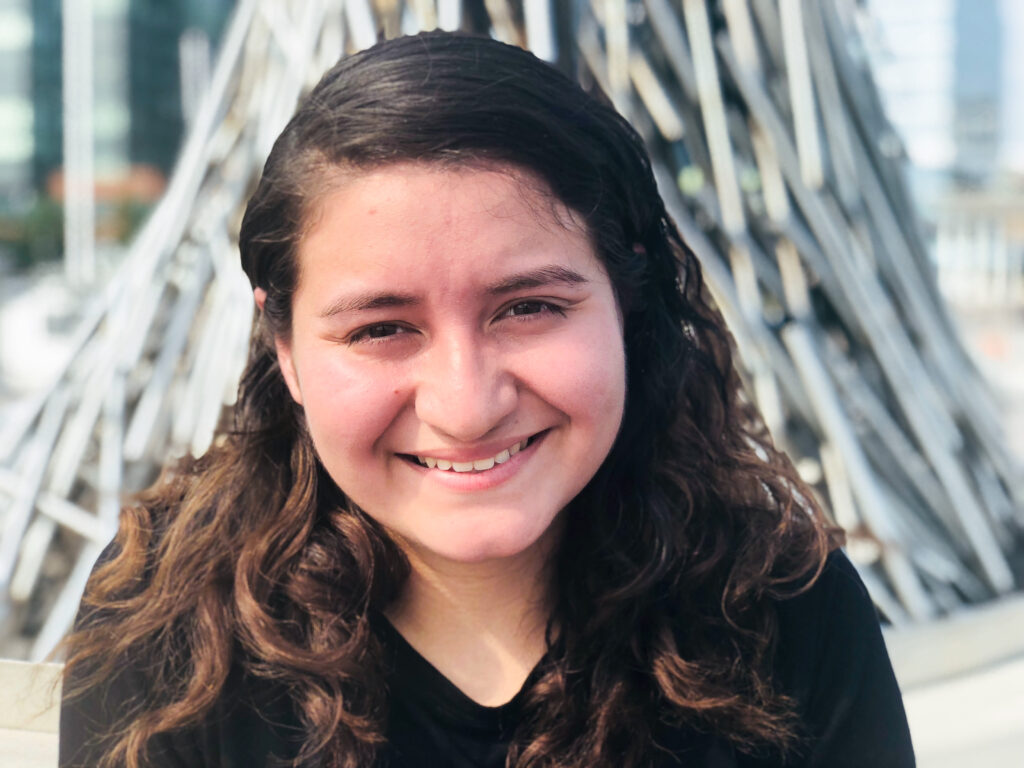 Earning a Living Wage Helps Me

“I feel like now I have equal opportunity.  I’m paid fairly, which makes it possible to pay my bills as opposed to my former job where I was unable to do so.  So, I have financial stability, which is key.” 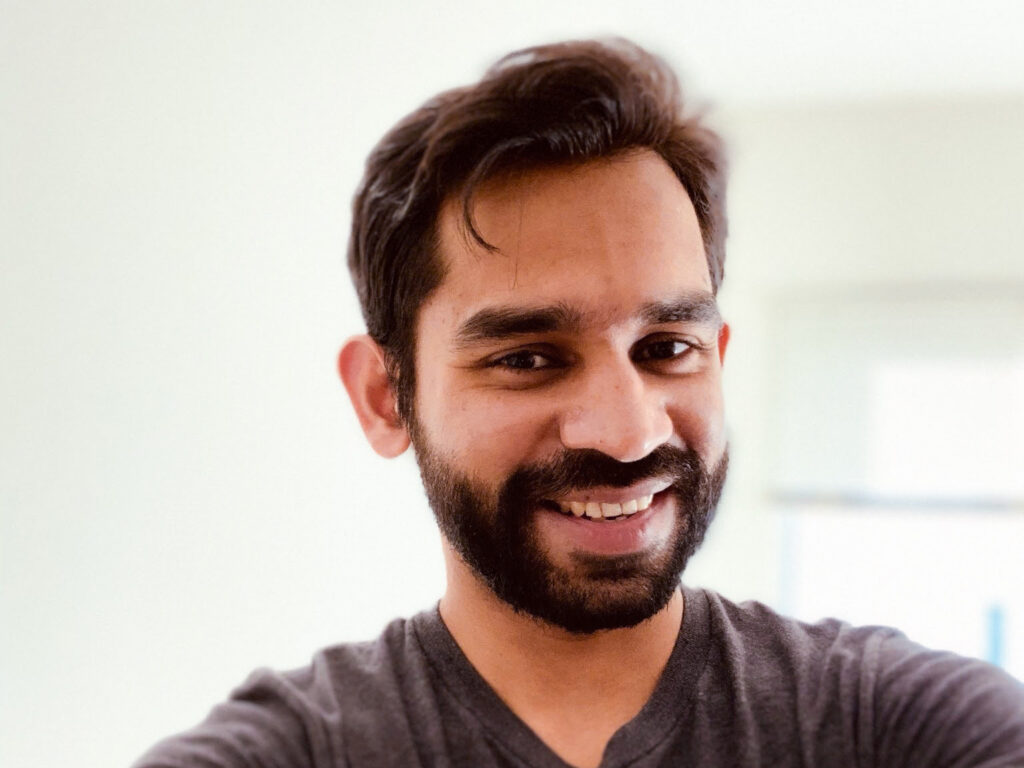 Earning a Living Wage Helps Me

“I’m getting a good salary but it’s also about the time that I get so I can live a good life.  And I can give some time to my family.  Now I work 8 hours a day and then spend time with them on weekends.” 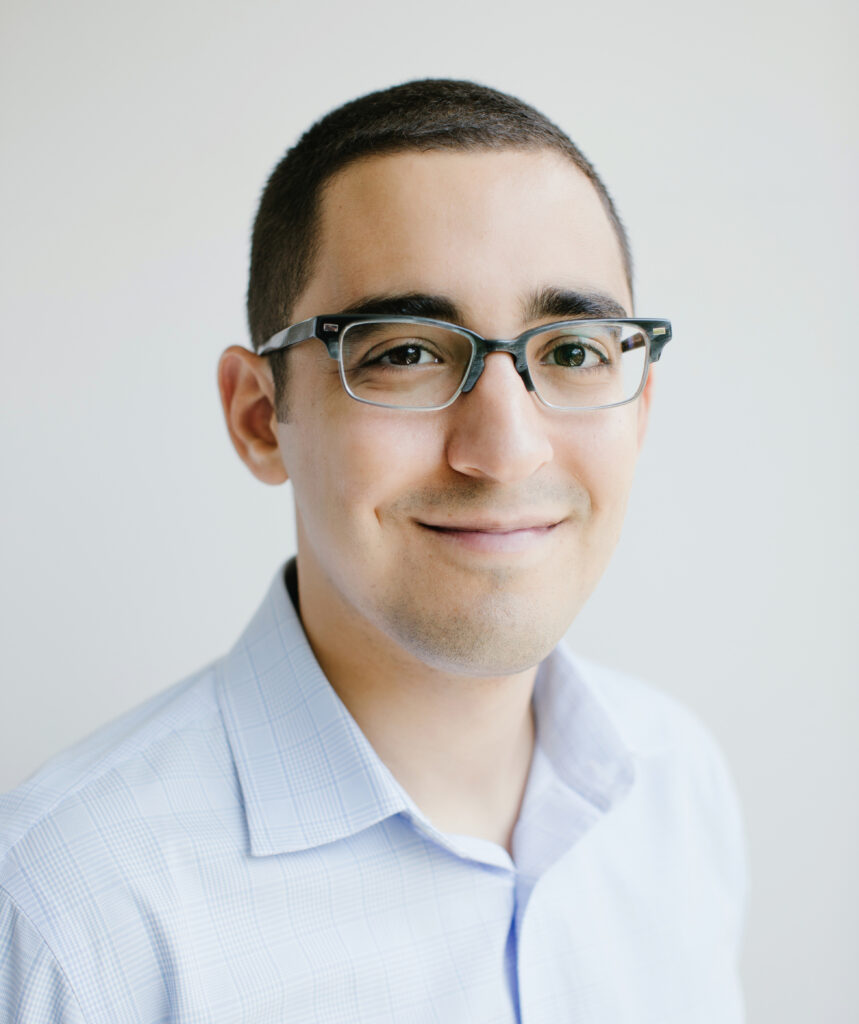 Paying a Living Wage Helps Me

“People are drawn to the fact that we have a living wage business model and benefits package.  Based on the feedback I’ve received, our labor model is the reason why people are using our company.”